Last week I spent 5 nights on the surprisingly sunny island of Anglesey, just off the North West coast of Wales, on a university field trip to study the rockpool life. Our group decided to carry out a project on the common prawn; we tested to see if groups of prawns would rather be on a sandy substrate or a blank white substrate at different times of day, which involved putting hundreds of prawns in a choice chamber aquarium and counting how many were above each substrate every 3o seconds, for many hours, for three days. Fun.
Anyway I should probably make this a fairly brief blog post really considering I’m supposed to be writing a big project report about our experiment, but having my priorities straight, I knew I needed to post my shots up first!

This was one of our test subjects: 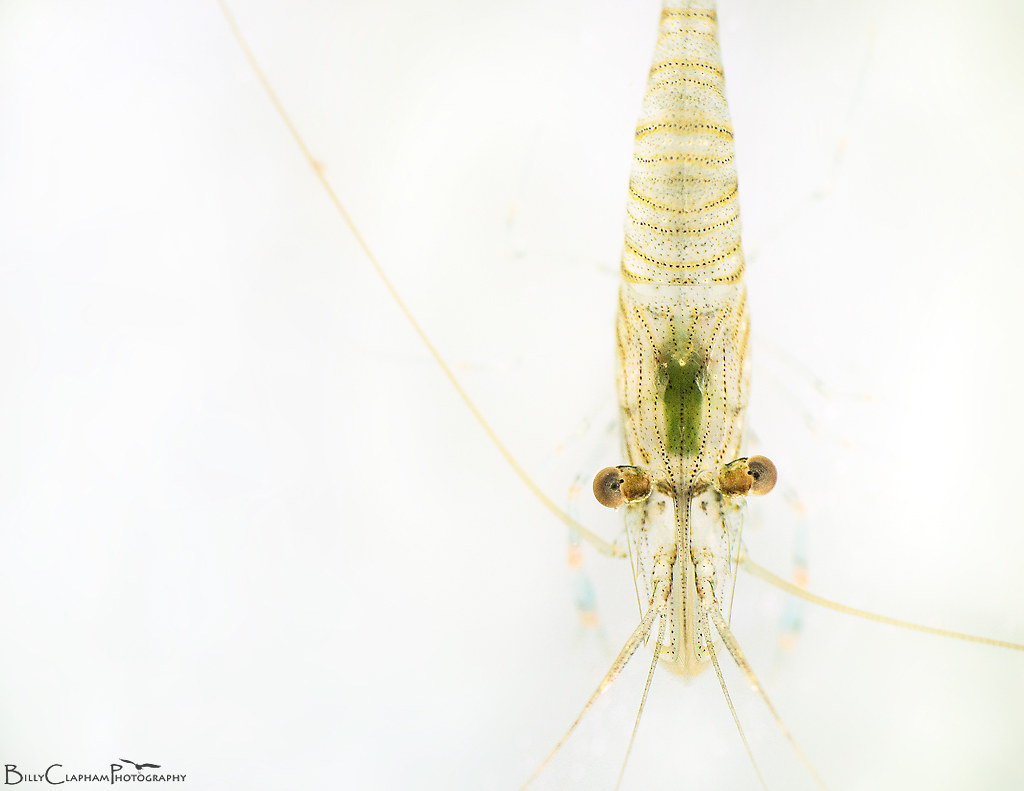 One morning when I wasn’t catching prawns, going mad counting prawns, or trying to get my head around prawn analysing statistics, I managed to get out for a sunrise shoot. A heavy haze blended the sea straight into the sky, hiding any signs of mainland Wales across the Irish sea. This meant the sunrise wasn’t going to be a spectacular one, but the soft light and blank canvas of the sky made for nice conditions to shoot all the detail below my feet. 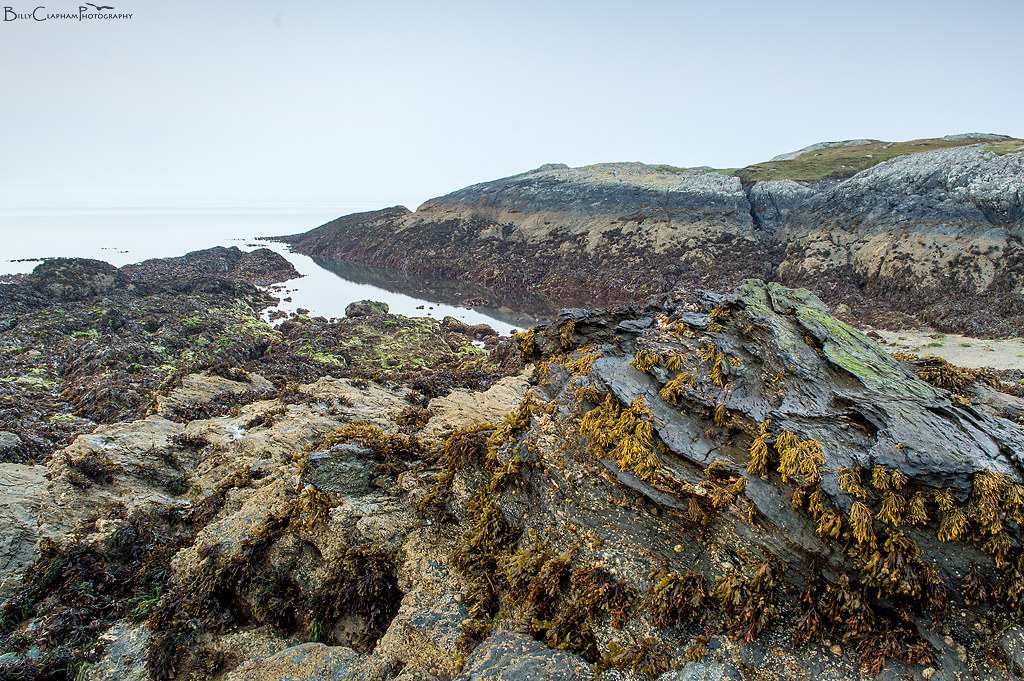 There’s a huge diversity of life around the rocky shore, from invertebrates like our prawns, to lots of cool fish (a pipe fish was our best find!), to the plethora of seaweed species. 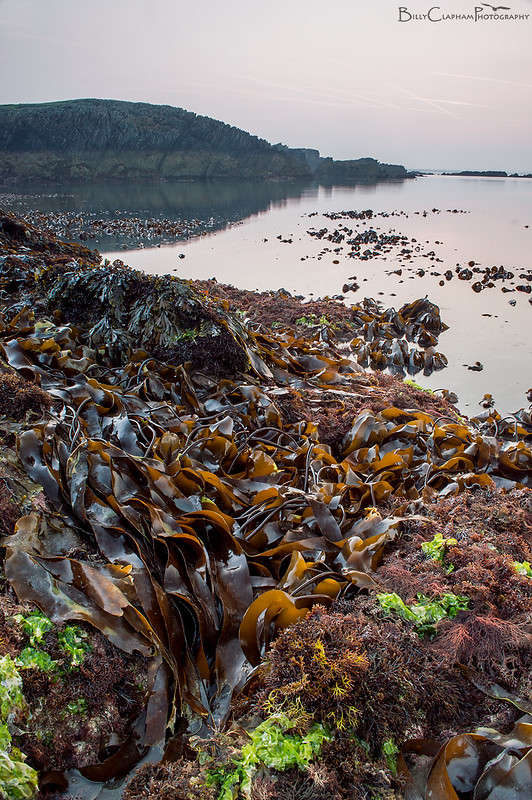 Because of the haze it was pretty difficult to tell where or when the sun was going to pop up, and it was only while glancing over my shoulder, when I was shooting in the other direction, that I realised it was making its way through the haze! 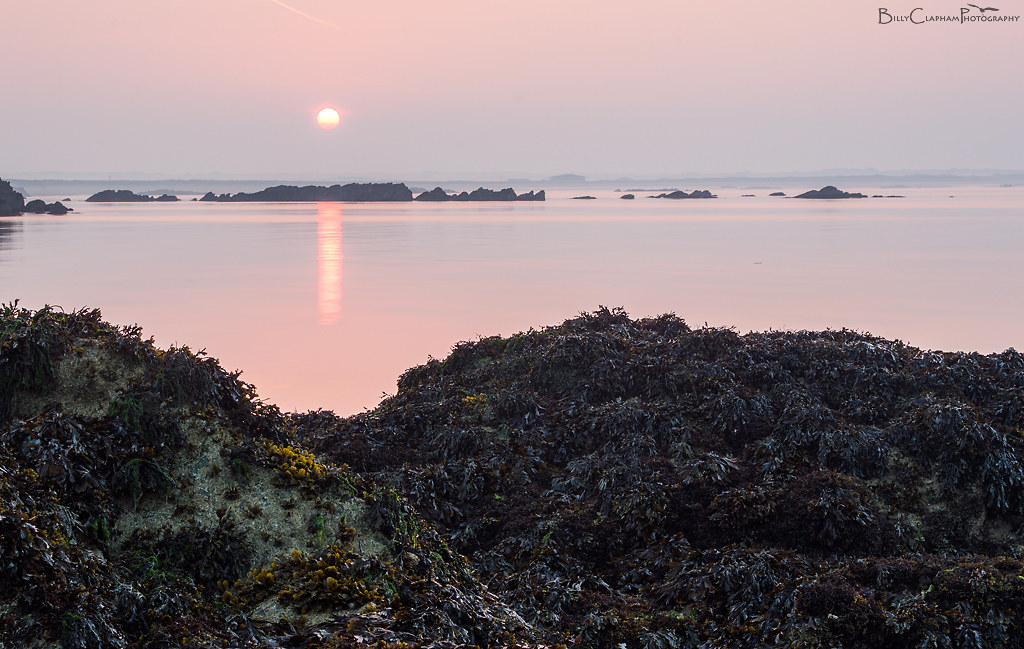 I wasn’t in the best position to capture the sort of sunrise shots I wanted, meaning I had to quickly traverse slippery rocks and seaweed to get to a better spot… I seem to be making a habit of having to do this! 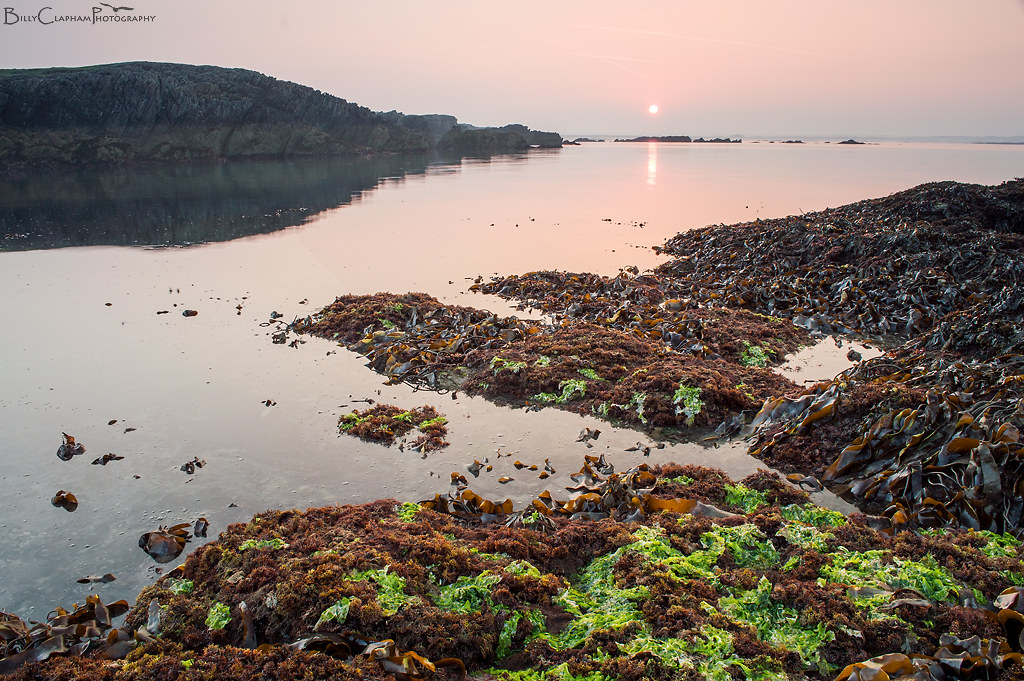 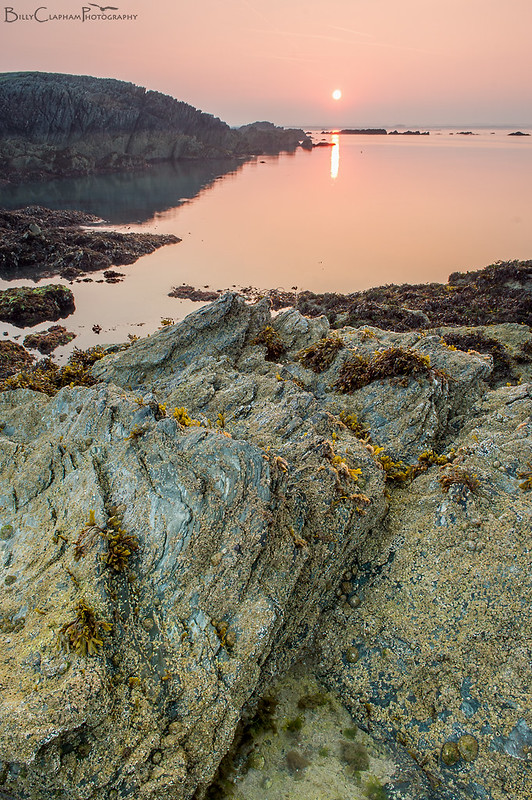 After the sun was up I decided to try and make the most of the warm glow by heading back up the shore to shoot some of the details of the geology and larger rockpools. 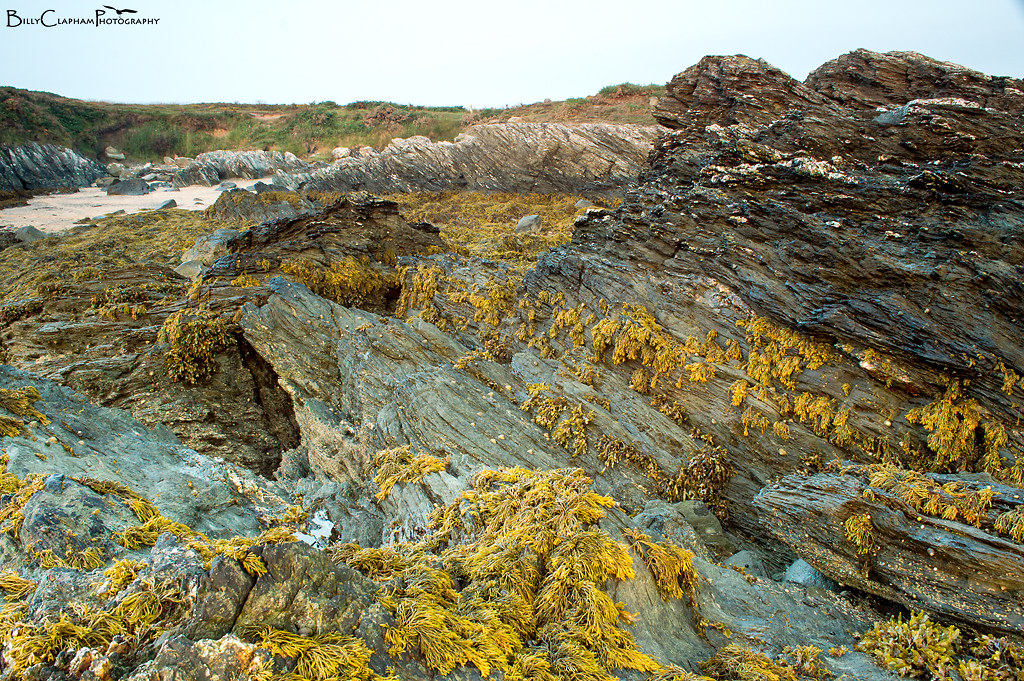 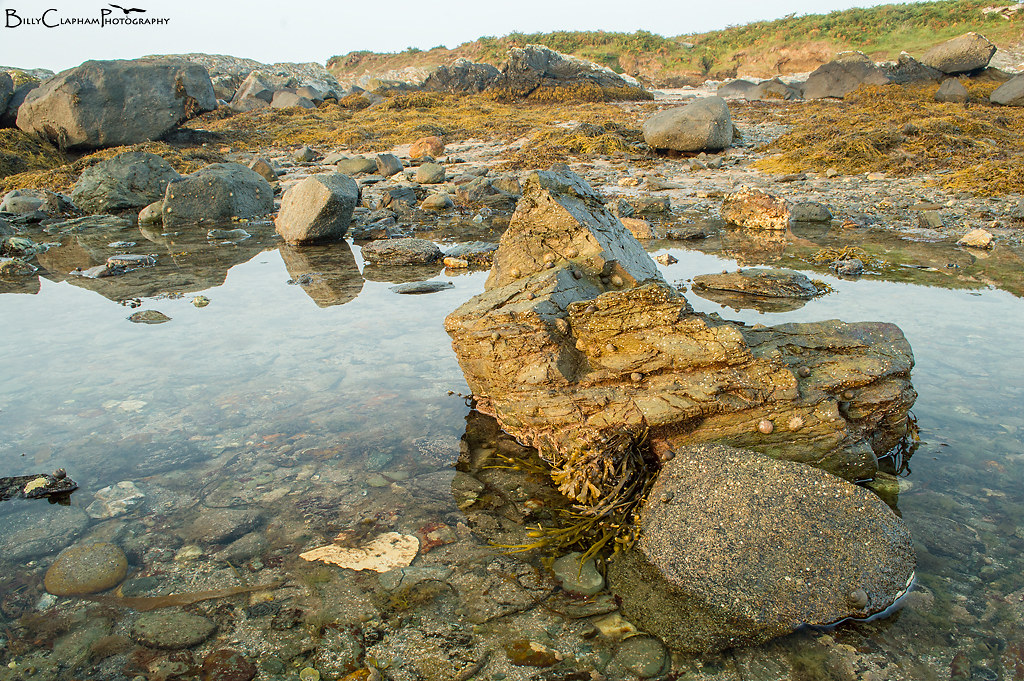 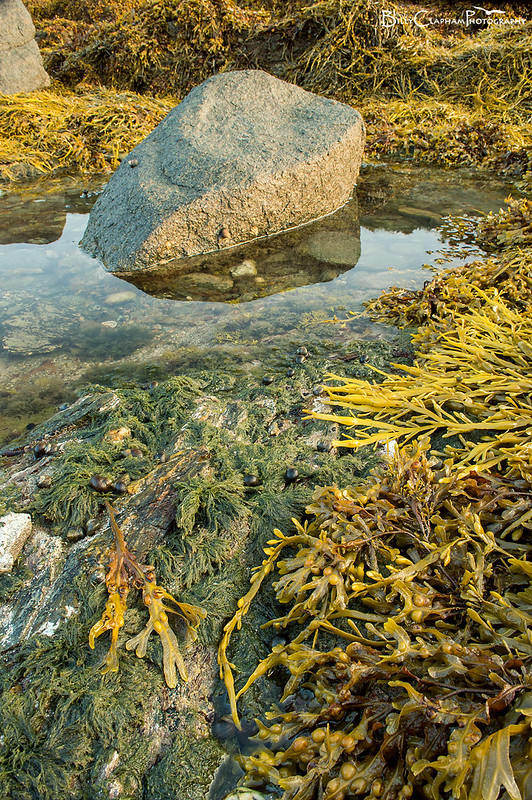 Back up above the shore stretches a mosaic of cliff top grasslands, heath, bracken, and dry stone walls, very reminiscent of the Peaks, with some late summer flowers still going strong. 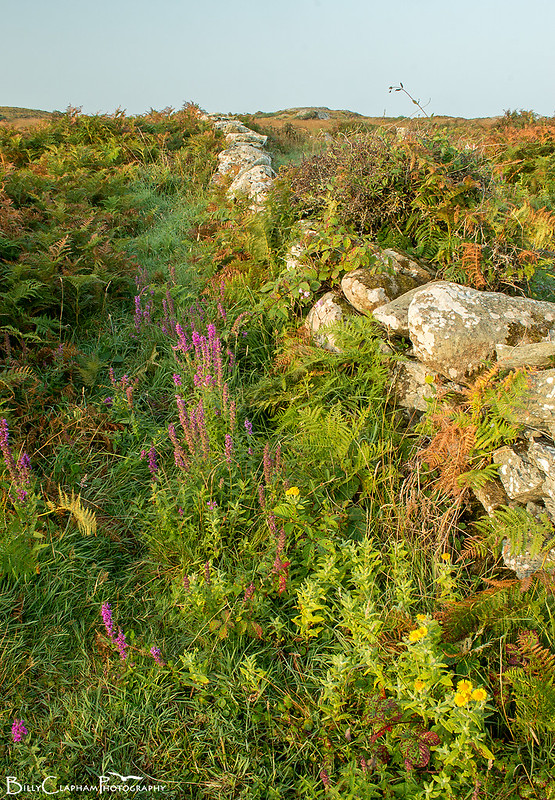 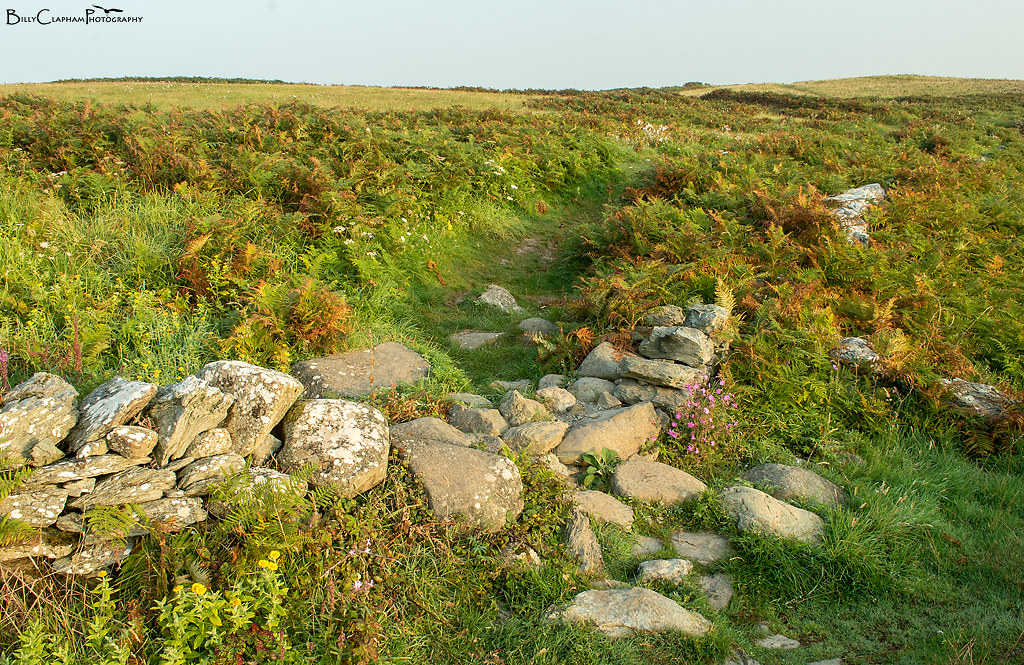 One of Anglesey’s wildlife specialties is the chough, a red beaked and legged corvid that in the UK only resides in some spots in western Wales, Scotland and Ireland. I had never seen one before, so I was pretty chuffed (I don’t believe for a second that any one person could resist saying that!) to get a few shots of them too! 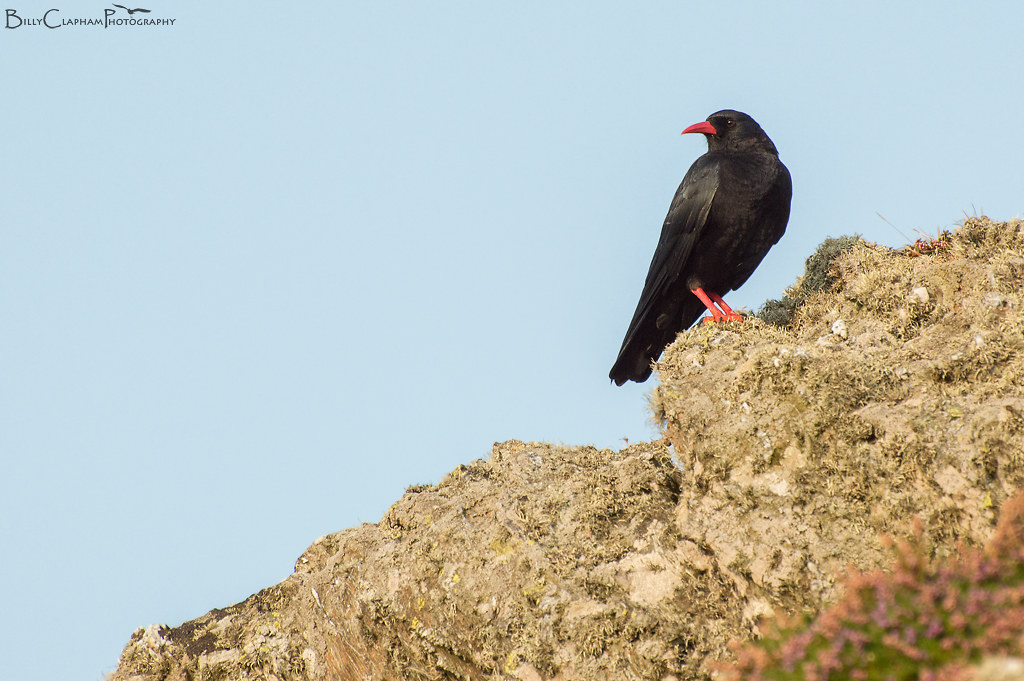 (The moon makes a little cameo here- I was about to attempt to tighten the aperture to get more detail in, but the chough flew to a different spot before I could!) 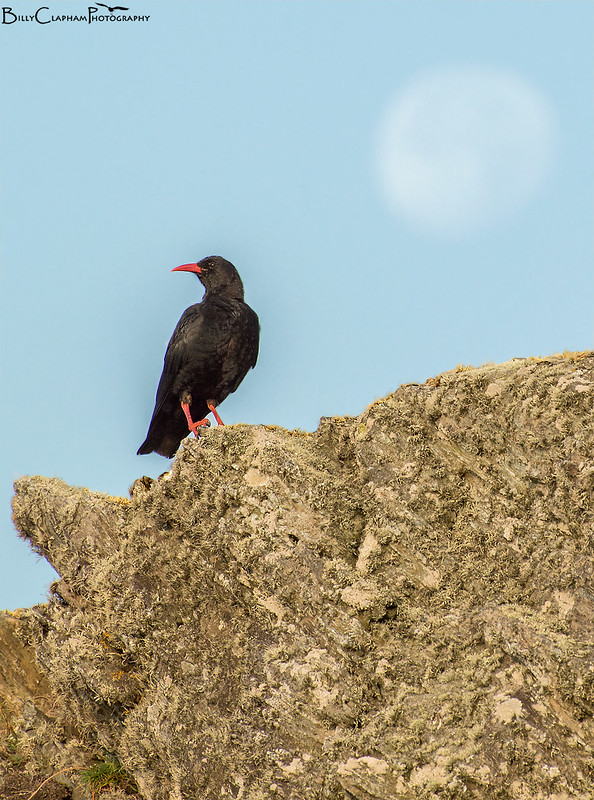 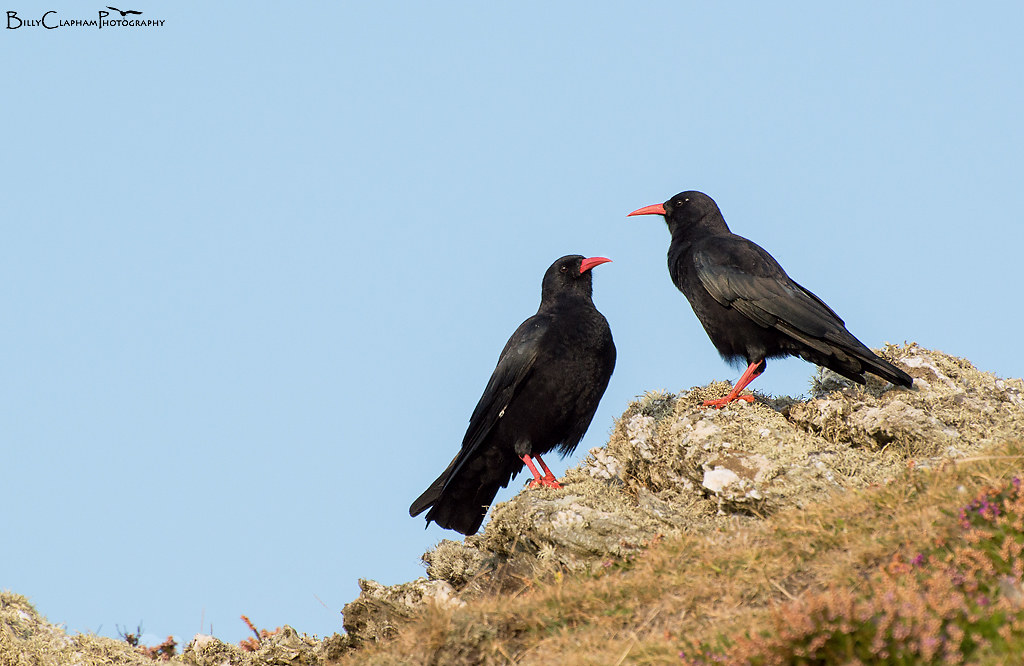 Now I’m going to take a quick moment to apologise for the potential lack of blogs and photos in the coming months, as I’ll soon be starting my third year of university and I also happen to be president of the uni’s Natural History Society this year, which can only spell for a very busy year ahead! But photography is my favourite way to de-stress, so who knows what it will do for my productivity! I’ll just have to wait and see how the year unfolds!