Now, the first day of 2015, and the last year safely been and gone, it’s time to take a look back over the shots I took over the duration of 2014, and take on the difficult task of choosing some of my favourites, 14 to be precise! Without further ado, and in chronological order:

I’ve never really entered that many photography competitions before, always shying away from them since I never really believed I was good enough to do any good. After a memorable encounter with an unassuming black bird mother back in April, I had gotten I think quite an original shot and it seemed perfect for  a competition I had seen online, themed “Habitat, Home and Shelter”. So I decided to give it a shot and enter the Society of Biology photographer of the year competition, and as you’ll probably know, it went pretty well for me! Winning the competition was amazing, as was the prize money that allowed me to upgrade some of my kit, but getting my shot into the The Times newspaper was something quite special; definitely a highlight of my 2014, and my photography career in general to date! 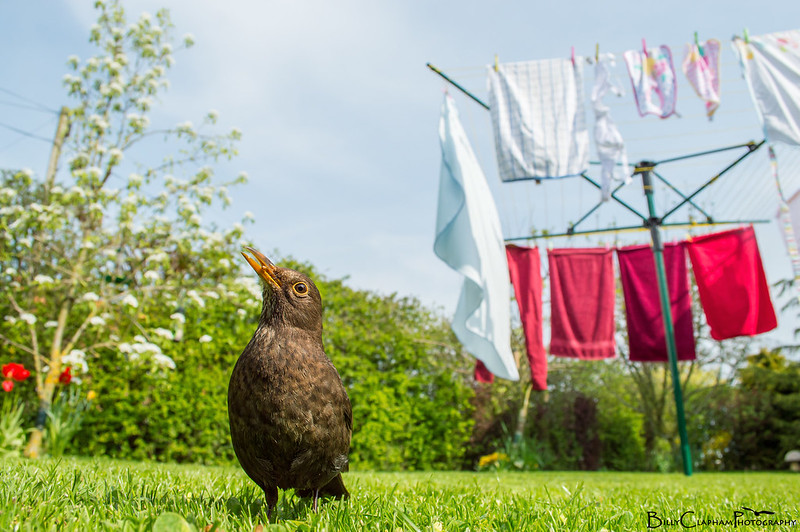 With it being my first year having a telephoto lens for my DSLR, it’s been a pretty wildlife rich year in my photography. Although my mother blackbird has to be the best model I’ve had all year, this little wood mouse must come a close second! I came across this chap back in April while walking through Sheffield Wildlife trusts Moss Valley woodland. I had seen a small mouse scampering behind a tree, I presumed he’d be long gone, but when I had a quick look behind the tree, there he was, stopped in his tracks! He seemed too shocked to move, I was already pretty close so maybe he just wasn’t sure what to do in case I was a predator who wanted had him for lunch! I calmly swapped my kit lens to my Nikkor 70-300mm and began taking some shots, gradually getting closer and lowering myself as I went; this was the last shot I got of him before he finally lost his nerve and ran! 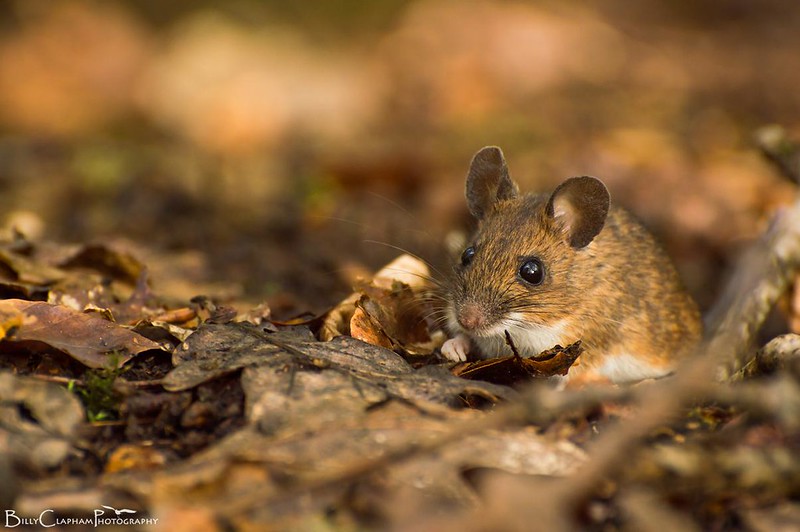 Although I did do a fair amount of photography during the first half of the year, very little of it was of landscapes, and after the Easter holidays when exams began looming, I barely touched my camera at all. This shot was taken at sunset from Stanage Edge in the Peak District, and was from a spontaneous trip one day after my exams had finished. It ended a drought in my photography, and getting out somewhere a bit more wild was exactly what I needed at the time; it inspired me to try my best to get out to new places a bit more from then on! 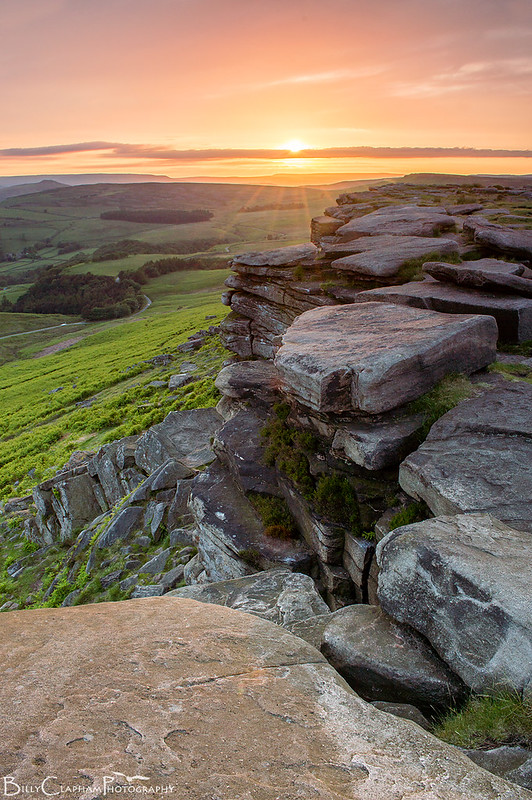 It was June, and I had begun a  bizarrely hectic summer holidays. Often when at home I go for walks around my village, a place I’ve been round so many times,  and not many things often jump out at me to photograph anymore. But ultimately, there’s always something, somewhere to photograph even in places you have already been a hundred times. I had walked by this patch of weeds in the local church yard many times, but this time some beautiful golden light transformed it, creating the below shot, kind of proving my point. 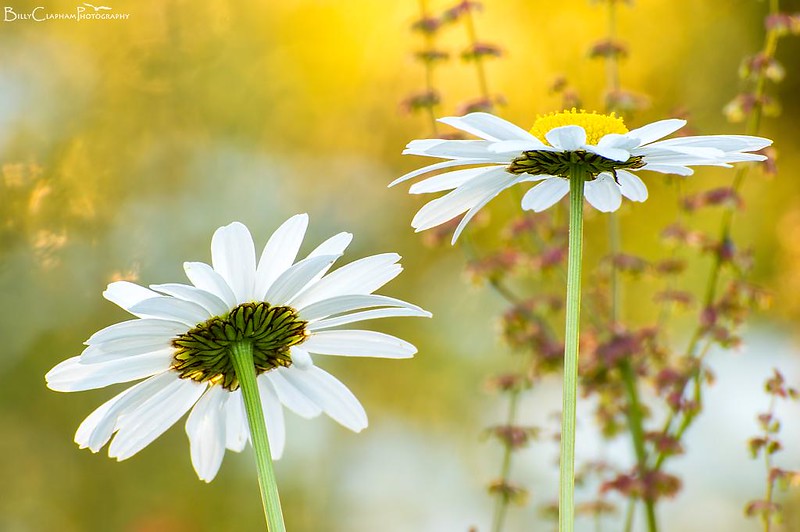 During the summer holidays I had a one week gap where I wasn’t working, had work experience, or was roped into helping out with random gardening tasks, and I knew I had to get out somewhere with my camera; somewhere a bit further afield this time! RSPB Bempton cliffs has always been on my list of places I just had to go when I had the lens for the job, so I took a trip up north to the beautiful Yorkshire coast for a couple of days to take advantage of the amazing bird life and landscapes. This shot is my personal favourite from the trip to Bempton, it isn’t to everyone’s taste as I found out when I stuck it on a photography forum, but for me it represents the chaotic brilliance of the moment. I was just trying to do something a little bit different, because wheres the fun in taking the same gannet shot everyone else had already got? 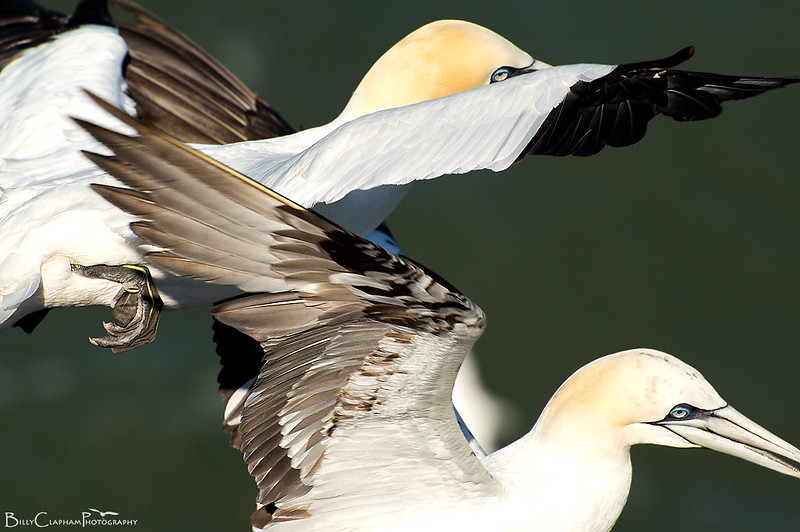 I was heading towards a youth hostel in Scarborough to stay the night after my trip to Bempton, and I decided to stop off at Filey on the way for fish and chips and a walk down to the beach. I had been here before on a trip with university studying the rock pool life, and thought the rocky shore would make for some interesting photos. However, when I got there it was high tide and all the rock pools were underwater, with much of the beach and cliffs cut off by the rising sea. I had no where to be, so I just strolled up the beach and spent a while just sat on a jetty messing around with my camera, and it was then that I got this shot of a wave charging towards the shore. 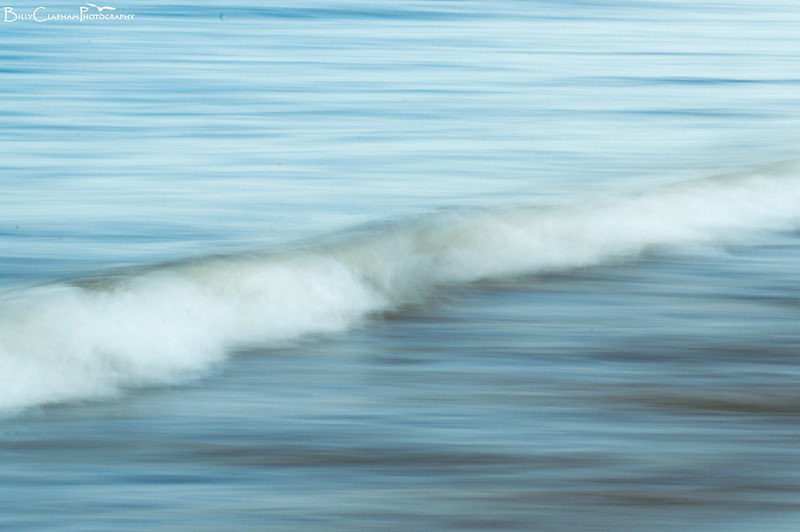 7. The early bird catches the worm

The next morning I was out of that youth hostel by about 3:30am, with the aim of getting back down to Flamborough Head for sunrise. It was a beautiful morning, with the clouds turning all organge, pink and purple, and I had the whole cove to myself. A herring gull was stood on top of of the iconic chalk stack, taking in the early morning sun. He was staying pretty still so I decided to lengthen the exposure, allowing the sea to move in the image, capturing this peaceful moment in time. 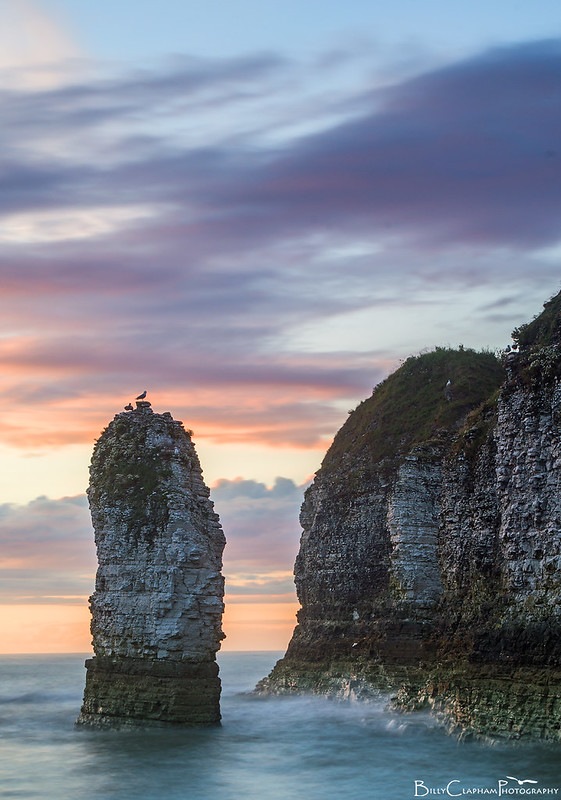 This shot was taken slightly later on that morning; the sea had begun to come in, swallowing some of the rocks that had initially played the role of foreground interest in some of my photos. I noticed this piece of kelp being pushed and pulled up and down the beach by the waves, and thought it would do just the job! I ended up chasing it around the beach for quite a while, trying to get everything just about right. But eventually I had this shot, and some very wet feet, to show for it. 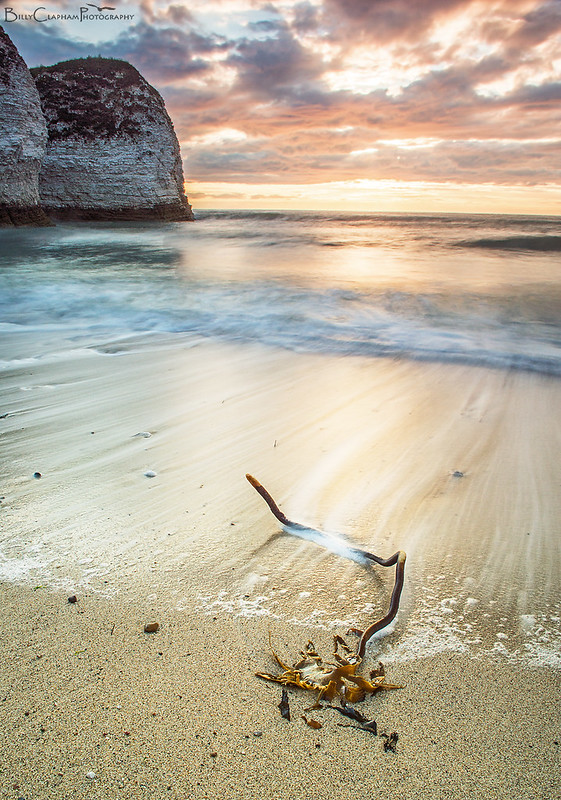 Back in Lincolnshire, I had begun my annual summer work on the farm, which doesn’t half seem to sap at my time and energy! Occasionally I still managed  a few wonders out around my local village and onto the wider surrounding farmland. The countryside here is often more of a challenge to shoot than the peak district, where virtually everywhere you turn there’s a photography to be had. But the simple rolling hills and vast swathes of crops and hedgerows, while a challenge, still holds its own charm, and ultimately feels like home to me. 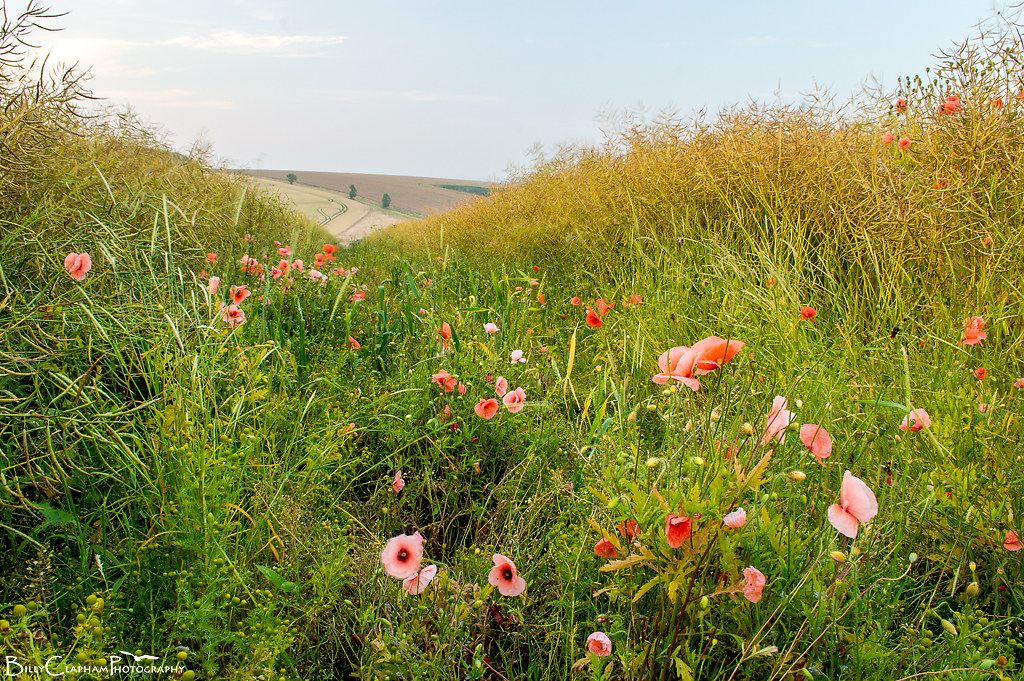 10. When those walks pay off

Sometimes while walking through my patch I wouldn’t even remove my camera from its bag, or if I did sometimes the shots I took would simply sit in my computer, not being worth my time processing; but just occasionally, I’m reminded why I bother. I came across this female common blue butterfly one summer evening in the field next to my house.. She sat quaintly in front of the twinkling sun as it peaked out from behind a conifer tree, not moving an inch. I think I took almost a hundred photos of her, this one still being my favourite. 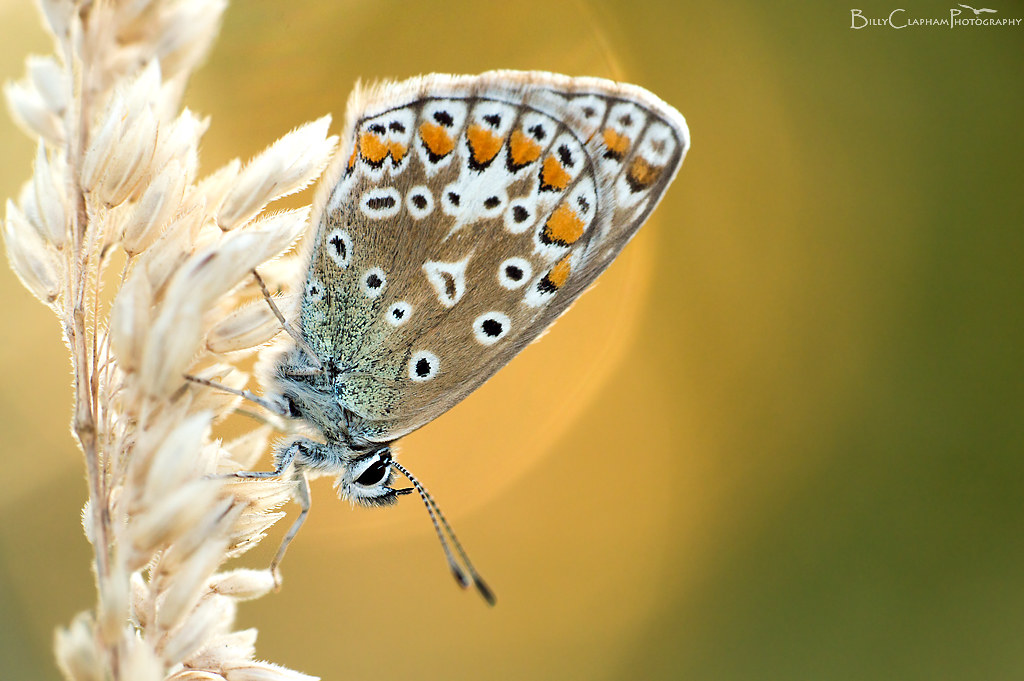 11. Behaviour at its best

As per usual, my photography took a bit of a dip again I went back to university, and began probably my busiest semester to date. But after hearing about the red deer rut at Chatsworth estate, a bus ride away from me in Sheffield, I knew I just had to get out there and give them a go! I was incredibly lucky to witness a full blown battle between two stags and, despite my D3200 and 70-300mm not exactly being the best kit for low light situations, I managed a few decent shots of them! The shots are by no means the best photos in the world, but just seeing this was one of the wildlife highlights of my year, as an animal lover first and foremost, I had to include one of these shots in my list! 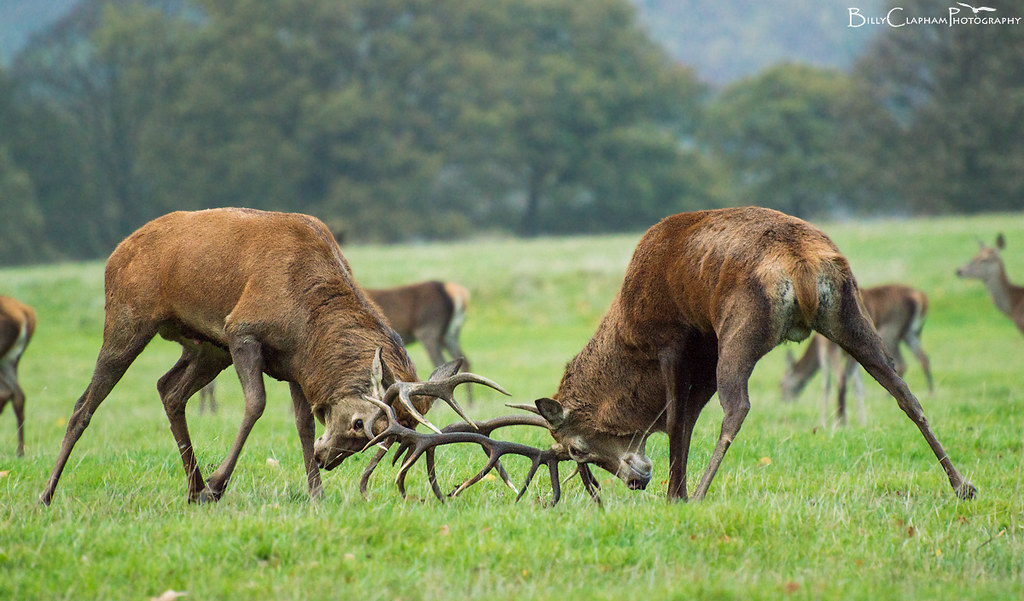 12. An autumn morning I needed

This was my favourite photograph that I managed from that trip to see the deer at Chatsworth; the winner of the above fight standing proudly under a burning orange tree, a wonderful autumn scene to behold. 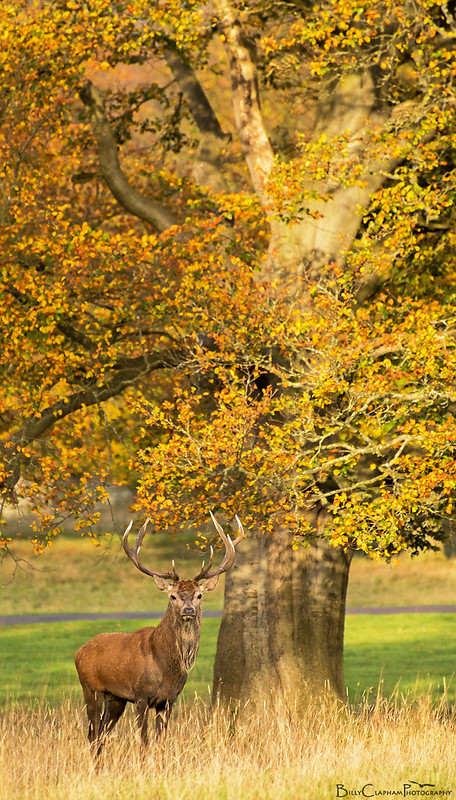 After that deer shoot, my work load only increased, with me spending weeks in the lab watching crickets, attempting (and failing) to keep up with my other modules, and all this being hindered by the fact I had no laptop for about a onth! So I didn’t get out much at all for photography until almost the last week of term, with this trips aim being to test out my newly bought kit! With the winnings from the Society of Biology competition I managed to upgrade my camera body to a Nikon D7100, and I finally satisfied my craving for a ultra-wide-angle lens with a used Nikkor 10-24mm. After all that hard work, I finally got a bit of reward, and I was one very happy photographer! 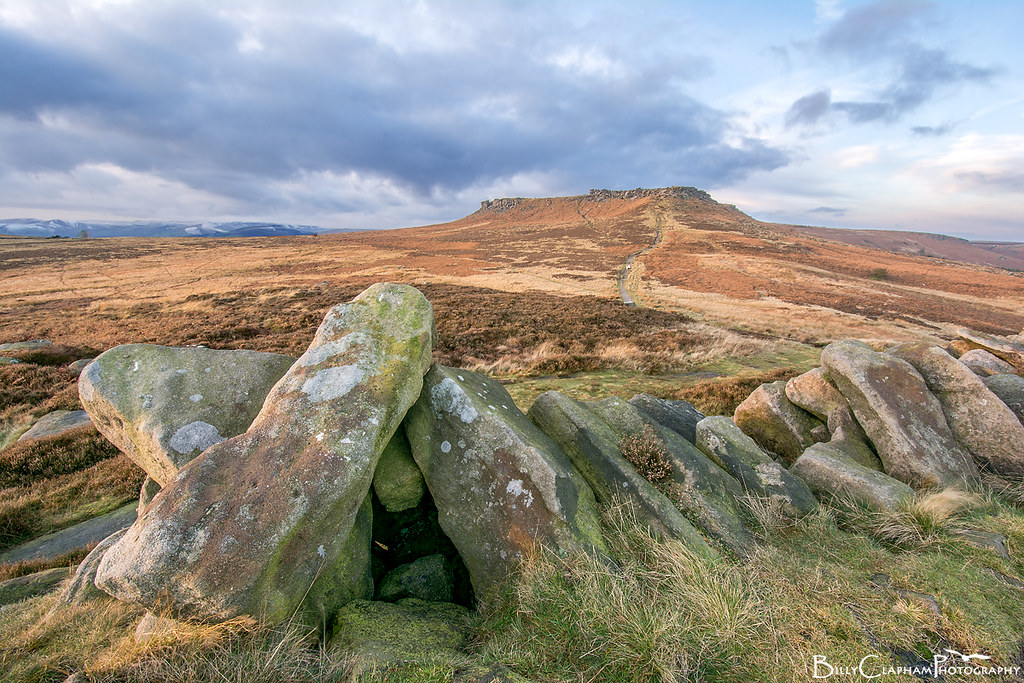 The last image on my list was taken an hour or so after the above one, once the sun had dipped low enough to create a beautifully coloured sky. 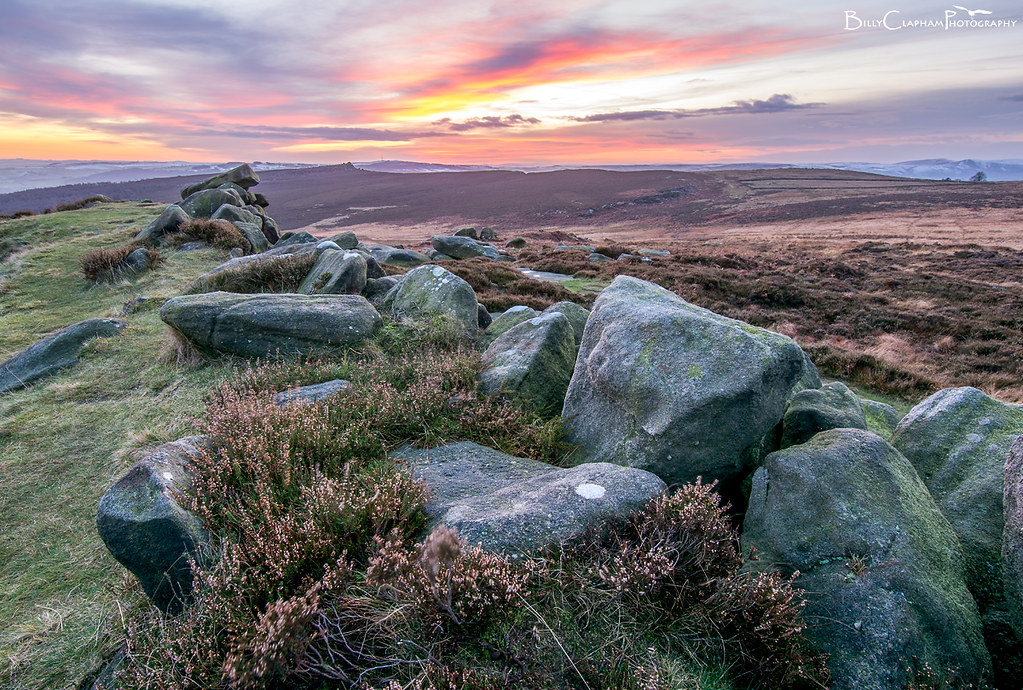 If 2014 has taught me anything (cliche alert!), its that you get out of life what you put in. I have never once regretted getting out there on a trip with my camera, but I have regretted not going quite a few times. I actually entered a competition for once, and I won! I even managed to get a bit of work experience this year on a local film production, only because I put in the effort to email a bunch of people, and one of them replied!

I have no particular plans or resolutions for 2015 that I want to really nail down, but I do want to continue to cease the day that little bit more, maybe enter a few more competitions, and at some point, I want to venture into the video mode on my DSLR! Though since I have just entered the hard core revision/exam season, you maybe shouldn’t expect to see me ceasing any days anytime soon!

A very happy, healthy and wildlife filled new year to you all!

Taking the D7100 & ultra-wide-angle for their first spin!
A Very Urban Sparrowhawk