I finished my exams last week, and after waking up from the nights celebrations, I received an unusual tip-off from a friend at the Sheffield Wildlife Trust about a bird of prey stuck in a warehouse. They needed someone to get down their sooner rather than later to take a photo and have the birds ID properly confirmed in order to know what to do next with it. When I reached Central Glass on Shalesmoor (Sheffield) the bird was quickly pointed out to me, and she was a big beautiful sparrowhawk.

She seemed relatively content in the warehouse, being unbothered by all the people and the noise, she had even managed to catch a robin that had flew into the warehouse that morning! While the she wasn’t causing much of a nuisance, the people at Central Glass were trying their best to tempt her out of the warehouse with tit bits of food. But with the roller doors wide open, it seemed that the bird could leave anytime she decided to, but she had found somewhere warm and with food, so why bother leave for now?

Up in the rafters it was very dark and it was impossible to get a shot without using the flash on my camera, which made me really wish I owned an external flash! The sparrowhawk didn’t seem bothered by the flashes, I guess just being a minor annoyance that I tried to keep to a minimum. If the birds eyes were at a certain angle to the flash it would catch and reflect of its tapetum lucidum, a reflective tissue layer at the back of the birds eye that help them see in low light. 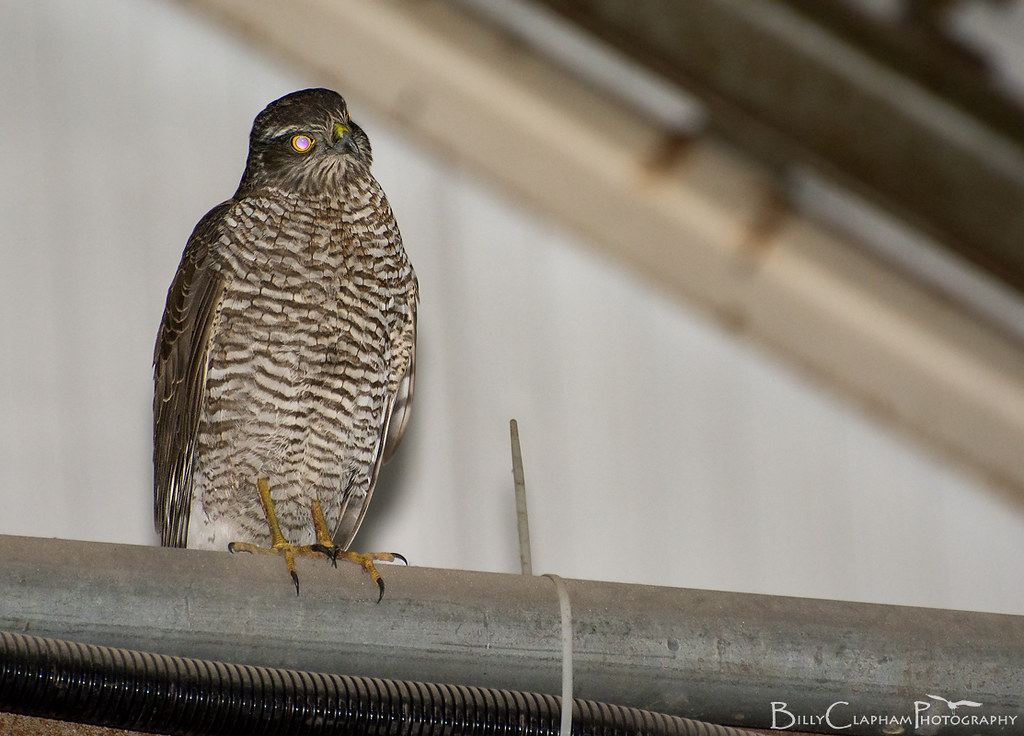 A day after I took these shots the Shalesmoor sparrowhawk flew free from the warehouse, in the nick of time before they closed for the weekend! It’ll be very interesting to see if she ever returns, but whatever happens I was very glad I managed to get down there when I did to capture this very urban sparrowhawk! 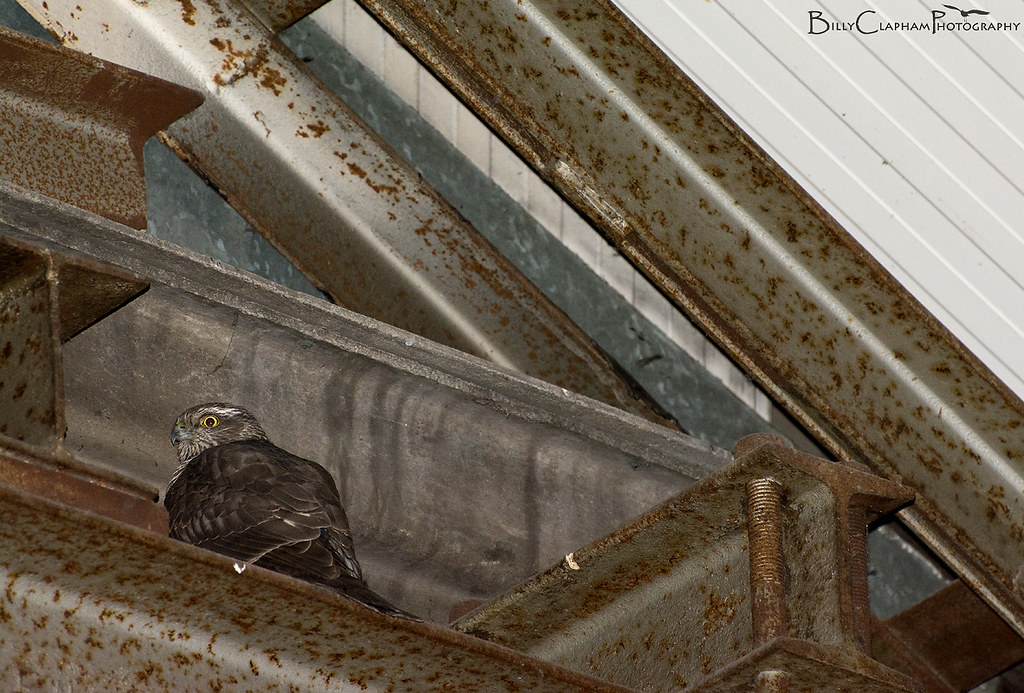